Beer is not only one of man’s best friends but it can also be a hazard. Leaving many men stranded in the pub drinking one after another till morning breaks. However many people don’t look at beer past what the taste is and which brand you like. Beer is likely to be more interesting than you though, here are 12 interesting facts about beer:

Not a lot of things can get stranger than this, a man from Oregon wanted to use a more “local” yeast in his brews. He collects the yeast from his own beard.

Now this may sound disgusting to many of us and I am sure it is. However the principal stays strong when distinguishing if it’s a viable way to collect yeast. Currently most yeast is collected from rotting bits of nature, I guess you could say that this is kind of the same process? Sorta… 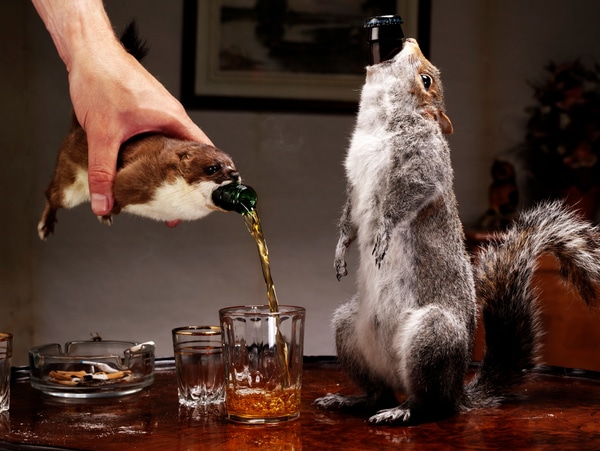 Now what are one of the first things you think of when thinking of beer? Would taxidermy be one of them? Probably not for most but for one man it is! The UK brewery BrewDog released their new product with quite a shock.

The product titles “The End of History” was served inside a dead animal. The animal was either a stoat or squirrel, these creatures were sized similarly to the bottle the beer came in. The bottle was then shoved inside the dead creature and the cork would stick out of the creature’s mouth. Definitely not something you will see in my bar any time soon! 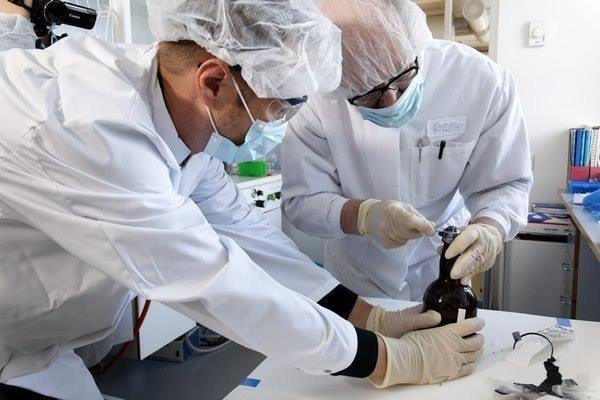 The world’s oldest drinkable beer was found on a shipwreck just off the coast of Finland. The beer was preserved in a glass bottle by the cold temperatures of the ocean. Luckily enough the bottle had not broken and was actually as usable as the day it was made.

The beer dates back to the early 19th century and surprisingly tasted “very old”… The beer had burnt notes and an acidic aftertaste which is not common in today’s beers. The aftertaste would be attributed to the fermenting that occurred during its ocean vacation, the beer would have tasted a lot more pleasant in consumed within a reasonable time period.

Although many assume that water has no taste, often one of the most important facts when making and manufacturing a beer is how the water affects its taste. Often breweries will even choose the location of their facility purely due to the quality of the water found in that area.

Let’s just say that chlorinated tap water doesn’t exactly do wonders to your beer. Often home brewers need to find this out the hard way before switching over. The best water for beer comes from Ireland’s mountains, such water is used to make Guinness.