The Titanic is arguably the most famous ship in history. Why? She was the unsinkable ship, that well…sunk. The ocean liner has featured in films that recreated her ill-fated maiden voyage. We have learnt valuable lessons, ensured changes to maritime law, and have better protection at sea. School students have studied and researched, the Titanic’s demise. And rich tycoons? well, they have dreamt of building replicas of the ship. The Titanic has sailed full steam ahead into our history books. With its deadly cocktail of human error. mismanagement, and one truly inconvenient iceberg, her story intrigues us. For over a century now, we have been obsessed with the Titanic’s story and it has been passed between generations. Unfamiliar facts still surface from time to time, helping to keep the ship’s legend alive.

While her sister ships faded into obscurity, the Titanic became increasingly famous. The story of an unsinkable ship crashing into an iceberg and sinking on her maiden voyages still seems unreal. Stories of sacrifice and bravery have also emerged along with the sympathetic nature of people in the face of tragedy. While some facts are familiar to us now, others are less well-known. Here is a list of 12 lesser known facts that you may also find fascinating.

1. The Scary Moment an Iceberg Stepped Onto The World Stage. 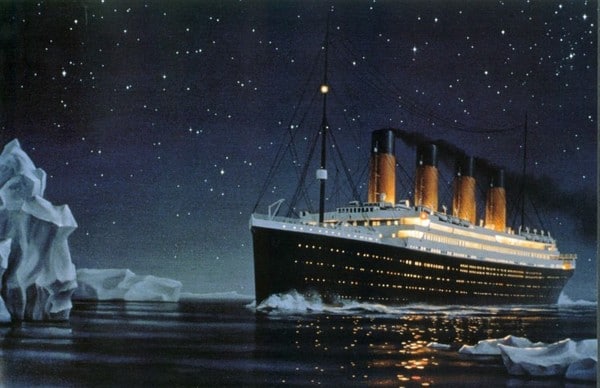 The iceberg the Titanic hit stood 100 metres above the sea – a small fraction of its hidden size below the water. The first recorded sighting of the iceberg was at 11.40pm on the 14 April. Lookout Frederick Fleet sighted the iceberg straight in front of the course the ship was steering. The Titanic took a mere 37 seconds from this first sighting until it collided with the iceberg. And the rest, as they say, is history.

2. The Titanic and Prophecy.

Heard of the Titanic? Off course! But have you heard of the Titan? Morgan Robertson’s novel Futility, written 14 years before the 1912 disaster, starring an unsinkable ship. This vessel was the biggest in the world and sunk after running into iceberg one freezing April evening. This somewhat chilling tale also had the Titan crossing the Atlantic on her fateful journey. Creepy or prophetic, this ship was characteristically similar in design to the White Star Line’s own unsinkable ship.

3. RMS- The Titanic as a “Royal Mail Steamer”

Historically, particular ships carried the mail to and from England. British ships with the initials RMS were part of the Royal Mail Service. The Titanic was carrying out duties as a Royal Mail Steamer on her maiden voyage when she hit the iceberg. Chances are the King’s mail never saw the light of day along with other people sending mail to the USA. Today only five Royal Mail Steamers still deliver mail worldwide. The really interesting thing is an attack on the Royal mail is an attack on the Monarch themselves. All British ships at the time, whether military or civilian, carried this distinction. Each ship, therefore, had the protection of the British Crown. 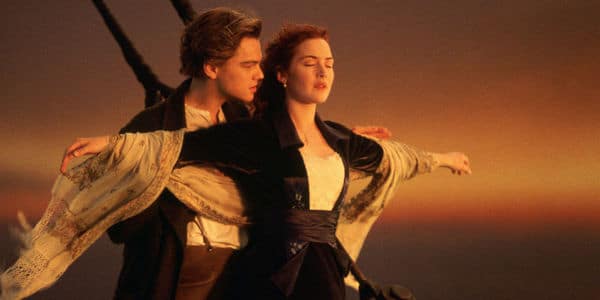 In the twenty years since Titanic’s release, James Cameron’s blockbuster has continued to earn revenue totalling over US$2.187 billion. In present day terms, the construction of the ship would cost around US$400m to build today. Given these figures, Cameron’s film generated enough income to fund nearly FIVE Titanic’s – not bad for a single film!