9. World War I Began With the Assassination of a Noble and His Wife Riding in an Open Car in Bosnia. 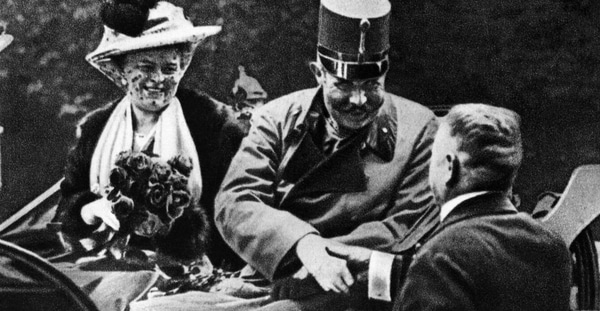 His rank and name was Archduke Franz Ferdinand of the soon-to-be-defunct empire of Austria-Hungary.  One June 28, 1914, in Sarajevo, the capital of Bosnia, the Archduke was on a military inspection tour with his beloved wife, Sophie.

Demonstrating an astonishingly lax security, and despite a failed bombing attempt earlier in the day, the party decided to continue exposing themselves to danger. After their motorcade took a wrong turn, a 19-year-old Serbian nationalist, Gavrilo Princip, approached the royal couple’s car and shot Franz and Sophie at point-blank range. Both died within the hour–along with world peace for the next four years.

10. World War I Spread When a System of Complicated European Alliances Sucked in Country After Country. 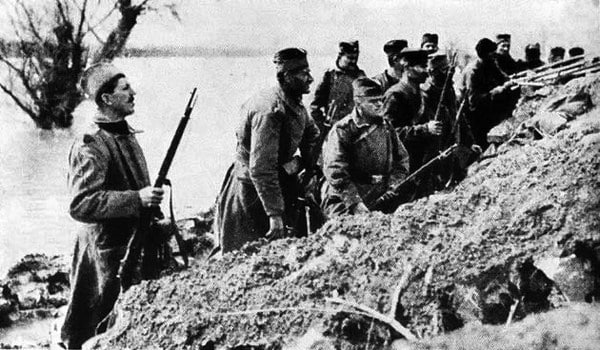 Germany’s Chancellor Otto von Bismarck in the late nineteenth century remarked accurately that the next big war would stem from some “foolish thing in the Balkans.”  He was correct, and the spark was lighted as:

11. Life and Death in the Trenches Characterized Much of World War I. 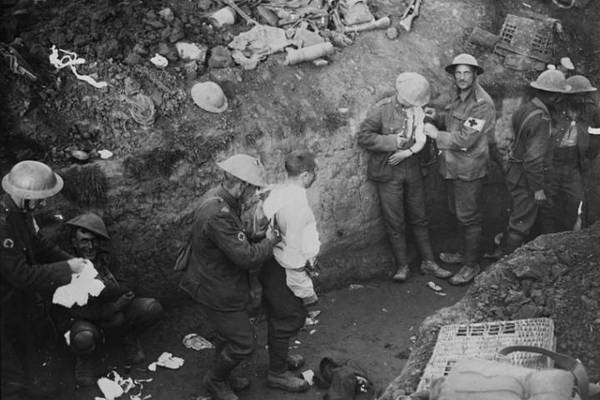 No one anticipated the stalemate that occurred in 1914 when the German attack in France stalled and both sides dug in. That digging resulted in thousands of miles of trenches from northern Belgium to the Swiss border. Neither side could advance in the face of withering machine gun fire and heavy artillery. Life and death in the trenches became the story of World War I. Terms like trench foot, no man’s land became part of everyone’s vocabulary as the war dragged on.

12. Wars Change History and Geography. World War I Was No Exception. 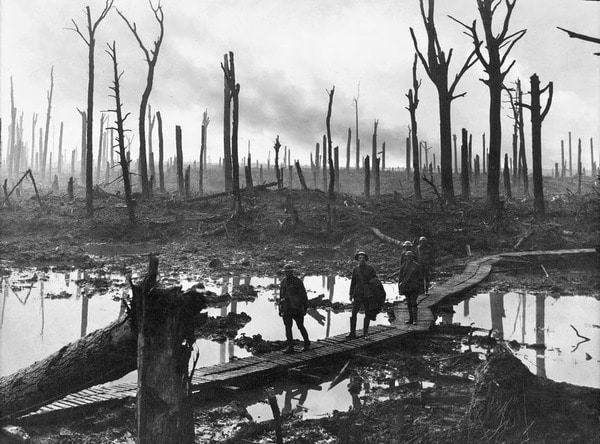 Wars Change History and Geography. World War I Was No Exception

As the war drew to a close, Kaiser Wilhelm moved to exile in Holland. The Austria-Hungary Empire collapsed and the map of Europe was redrawn. Russia, as previously mentioned, became the Soviet Union. The United States entered a period of isolation and prosperity, but could not escape the Great Depression or World War II–another great conflagration that was, unlike World War I, started by Germany.

Finally, for trivia buffs, here are a half-dozen interesting facts about World War I:

2. One by-product of chemical warfare–mustard gas, actually–was its eventual application as a chemotherapy agent.

3. Germany made its final reparations payment from World War I in 2010.

4. During the War, the U.S. government attempted to rename hamburgers as “liberty sandwiches” as both a slap in the face to Germany as well as promoting patriotism.

5. The last surviving WW1 veteran was a woman. She was a waitress at an air base.