5. Satan: The Father of All Southpaws? 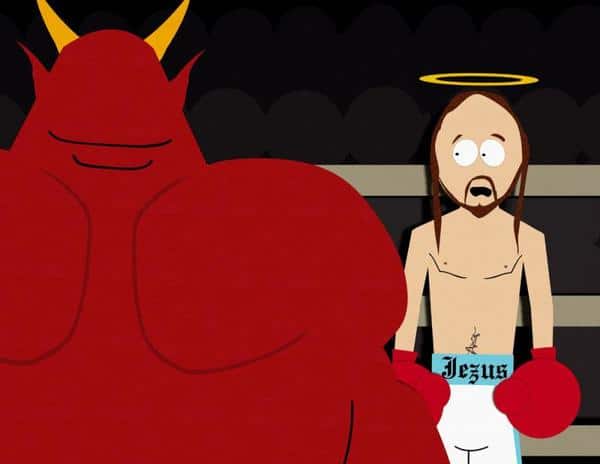 If art imitates life, then the Devil, Old Scratch himself, is left-handed. Paintings featuring the Father of All Lies using his left hand for whatever dirty deed he’s engaged in suggest the artists of old certainly believed it. While in Latin, the mother tongue of the Catholic Church, “left” is sinister, almost all traditional, non-Satanic religions consider left-handedness something bad or evil. During the infamous witch hunts earlier in American history, the Puritans considered left-handed women de facto witches and visited their punitive horrors upon them.

After surveying more than 25,000 people across 12 countries, researchers discovered that lefties drink more often than right-handers.  With such a large sampling, you’d think the ranks of lefties would also encompass more alcoholics. After all, craziness and evil seem like good fertilizer for lives of dissolution. Yet, the same study found that left-handers are no more prone to alcoholism than their counterparts; they just tipple more readily than right-handers.

Scientists who study hand bias suggest that left-handed people are better at “divergent” thinking, meaning they think outside the proverbial box better than right-biased people. They think this is because information passes more readily from one hemisphere of the brain to the other. This information flow seems to stem from the fact that the left hemisphere, the side that controls the right hand, is heavy into language and facts, while the right hemisphere controlling the left hand is more abstract, conceptual and theoretical. If so, it’s no longer difficult to understand why many artists and musicians, like Michelangelo, are left-handed. Art and music tend to go left hand in left hand.

A social awareness group, the Left-Hander’s Club, formed in the UK in the 1990s and has deemed August 13 to be Left Hander’s Day. Not to be outdone by all the organized minority groups, left-handed people have a structure by which to celebrate together and help promote greater understanding among righties of the challenges of left-hand dominance in a world designed for the opposite. Plus, what a great excuse to imbibe adult beverages again.